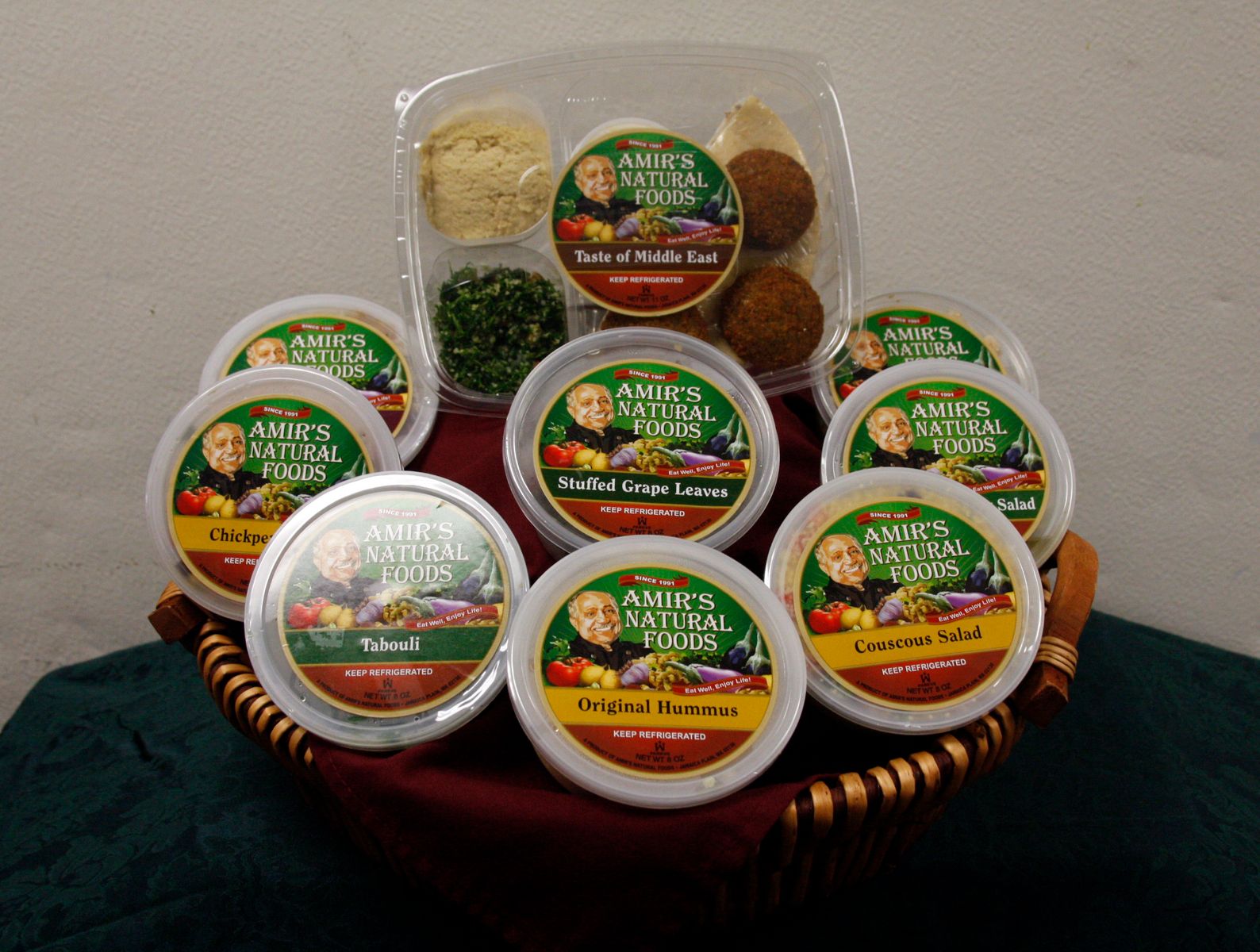 Preorder by Thursday Night. Buy at the market.
FULL-TIME VENDOR

Amir Sedhom began his career with his family back home in Egypt as young child. Fascinated by his mother’s cooking, he caught on quickly and was soon on his way to his career. After studying abroad in Paris, France Amir landed on the street of Manhattan offering his Egyptian-influenced cuisine to the masses. He then traveled to Texas where he spent time working and trying new things like Southwestern and Spanish influenced foods. from there he moved to Los Angeles for a short time, but after missing the East Coast, he decided to head back to Boston, where he set up shop in Watertown as Amir’s Catering.

Since then, Amir has grown his business into retail production of Authentic Middle Eastern and Mediterranean Cuisine.

He moved the business to Jamaica Plain in 1991 and has been located in the Brewery district ever since.