All in the Family: Song Yang and Her Granddaughter Carissa of Flats Mentor Farm

All in the Family: Song Yang and Her Granddaughter Carissa of Flats Mentor Farm

Song Yang grew up in Thailand where she learned to grow the Asian vegetables she sells at the Market: pea tendrils, Chinese broccoli, bok choy, amaranth, and ginger, as well as lettuce, carrots, etcetera.

Song and her family are Hmong. The Hmong people fought on the side of the USA in the Vietnam War. When the Americans withdrew, they could either leave their homeland or stay and face retaliation. Song’s family left, first for a neighboring country in Asia and then onward.

Song began farming in New England in 1986 to grow food for her family. Years later, she obtained one acre at Flats Mentor Farm, which provides space and infrastructure for small immigrant and refugee farmers to get started. When Winchester Farmers Market opened fifteen years ago, in 2008, Song spoke to Fred Yen about becoming a vendor. She wanted a weekend market and liked the grassy town common. She decided that Winchester was for her and has continued ever since.

Song says that for farming, she prefers sunnier weather with just a bit of rain: the sun helps the plants to grow, but too much rain ruins the vegetables. This year has been very dry. And last year was too wet. Her plot flooded, with water coming up to Song’s waist. This happened twice! The whole farm was ruined, except for some greenhouse space.

All in the Family

Alongside Song, her relatives do the farming and marketing. She has no hired staff. Song approaches family members who live close by, have the time, and are capable of lifting and carrying heavy loads. Song remembers those who have helped grow and market the vegetables over the years: two sons and three daughters (when they were younger and yet unmarried), her cousin’s daughters and sons, sons and daughters in law, nieces and nephews, grandchildren (she has thirteen by now), and even a great grandchild!

This year, a daughter helps with harvesting after her fulltime day job. A daughter in law works at the Market every Saturday. And then there is her granddaughter Carissa.

Carissa has been working with her grandmother since she was twelve years old. “Every summer I tell my parents I want to help my grandma at the farm.” Carissa is sixteen and attends a career school in Rhode Island where she experiences various vocations through internships. She is interested in a career working with children.

On her grandmother’s farm, Carissa harvests cilantro and scallions and washes harvested vegetables in preparation for sale. She helps with watering. She fills buckets and watering cans and waters the seedlings. She carries two full buckets at a time up the rows, makes sure each seedling gets a shower, and moves on to the next. She is happy when rains come through to do the job for her. On Saturdays, she helps out at the Market.

Carissa considers what working with her grandmother has meant to her. “On the farm, the work is hard,” she says, “but at the same time it is fun.” And she appreciates that at the Market she has learned to handle money, be organized, and get along with a wide variety of customers. Even though school has started for the year, she still finds time on Saturdays to help her grandmother at the Market..

Song Yang is a full-time vendor bringing Massachusetts-grown fruits and vegetables to Winchester Farmers Market. Song and her extended family grow vegetables at Flats Mentor Farm in Lancaster, MA. She is known for her Asian produce. 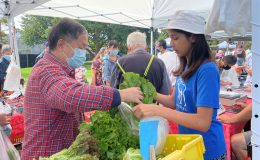 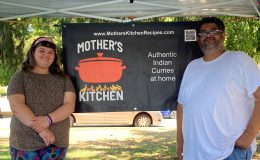 From Mother to Son to Granddaughter 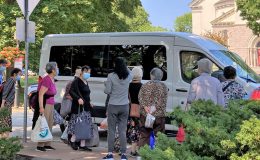 Music at the Market 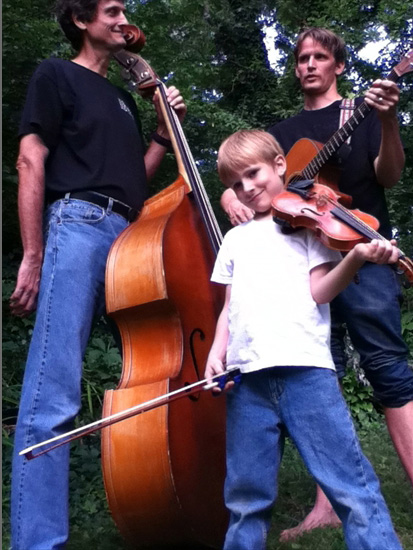 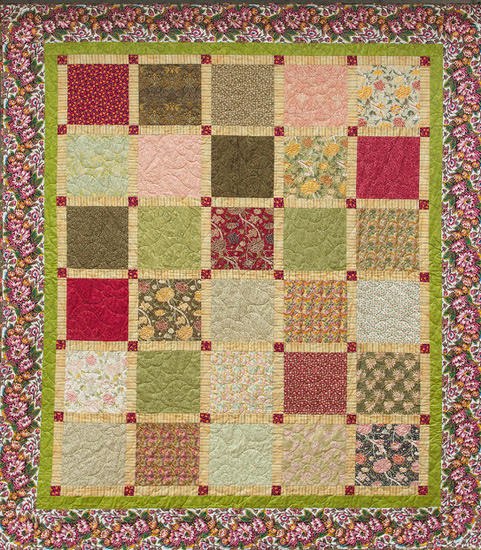